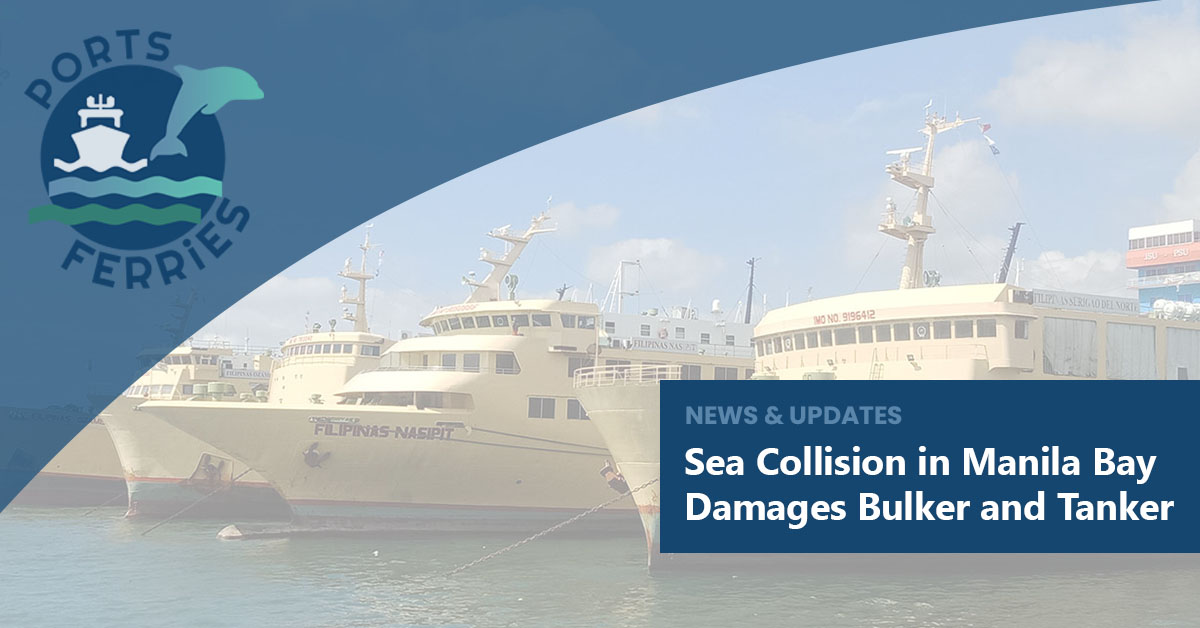 A collision took place at Manila Bay on Wednesday, April 7, 2021. A tanker and a bulk carrier sustained significant damage in the incident.

The accident occurred around 9:14 PM locally. The vessels involved were the Marshall Islands-flagged Ivy Alliance, the bulk carrier, and the Rich Rainbow, the Panama-flagged tanker.

Fuyo Kaiun, the Rich Rainbow’s manager, confirmed the maritime accident in an official statement. He noted that the incident “caused no injuries or pollution.”

According to Kaiun, the Rich Rainbow still remains in stable condition, since it sustained only hull damage above the waterline. He also stated that a “full assessment” of the tanker is coming and that he will be cooperating with the Philippine Coast Guard in the endeavor.

The Philippine Coast guard posted their own photos of the tanker online. Said photographs revealed a gash ten to twenty meters long on the Rich Rainbow’s starboard side.

On the Ivy Alliance’s side of things, the bulk carrier received damage on its bow. Both ships are expected to receive a notice of detention from the Philippine’s Port State Control (PSC).

The Ivy Alliance came from Maura Satui, Indonesia. The Rich Rainbow, on the other hand, arrived at the Manila anchorage from Zhuhai, China.

Both sets of destination data were revealed using AIS data. Unlike the Rich Rainbow, no official working with the Ivy Alliance issued their own statement regarding the incident.