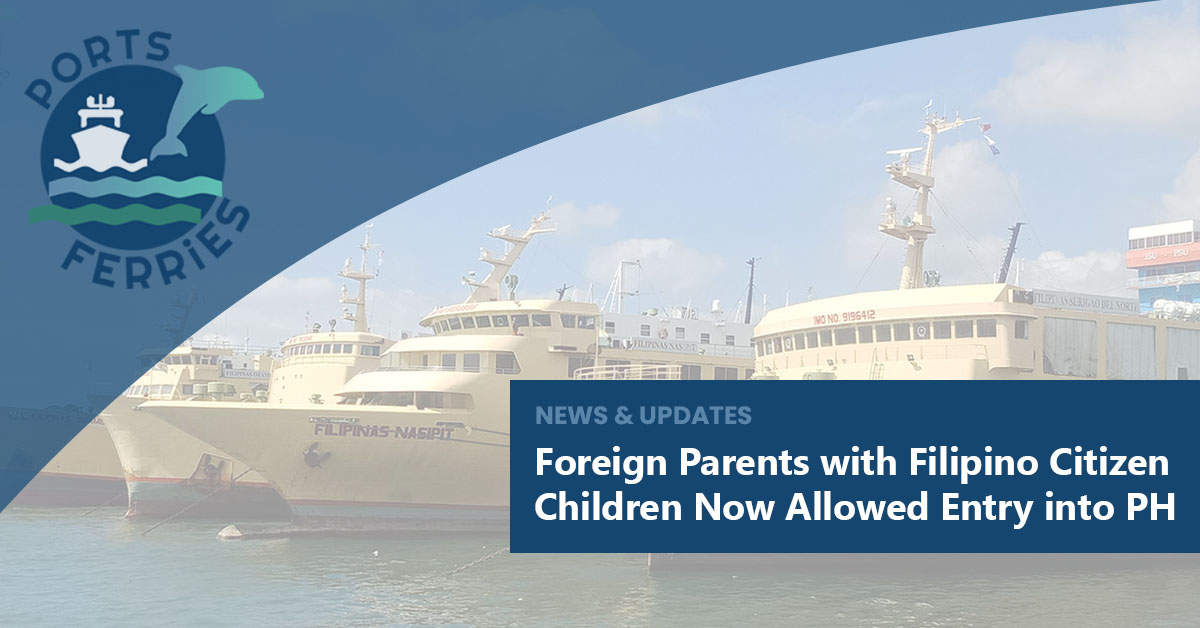 The Bureau of Immigration (BI) announced a brand-new guideline on March 29, 2021. Said guideline is pursuant to the Inter-Agency Task Force for the Management of Emerging Infectious Diseases’ latest resolution.

This latest development is in sharp contrast to previous circumstances where only children of Filipinos, foreign spouses, and those holding valid visas became exemptions from the country’s travel ban.

Morente, however, also provided clarification about foreign seafarers. Should they arrive via seaports, then they are not barred from entering the Philippines as long as they have the crew list visa or the required seaman’s visa in their possession.

Morente was once again quoted as saying, “We welcome the exemption of foreign seafarers from the travel ban as the Philippines is one of the countries (in Asia) that has opened a ‘green lane’ for these sailors.” This green lane project is a result of the Philippine government’s efforts to position the country as a crew change hub for international maritime vessels and to help facilitate free movement for sailors within the region as the COVID-19 pandemic continues.

Among the locations of these crew change hubs include ports in Manila, Cebu, Davao, Bataan, Subic, and Batangas.