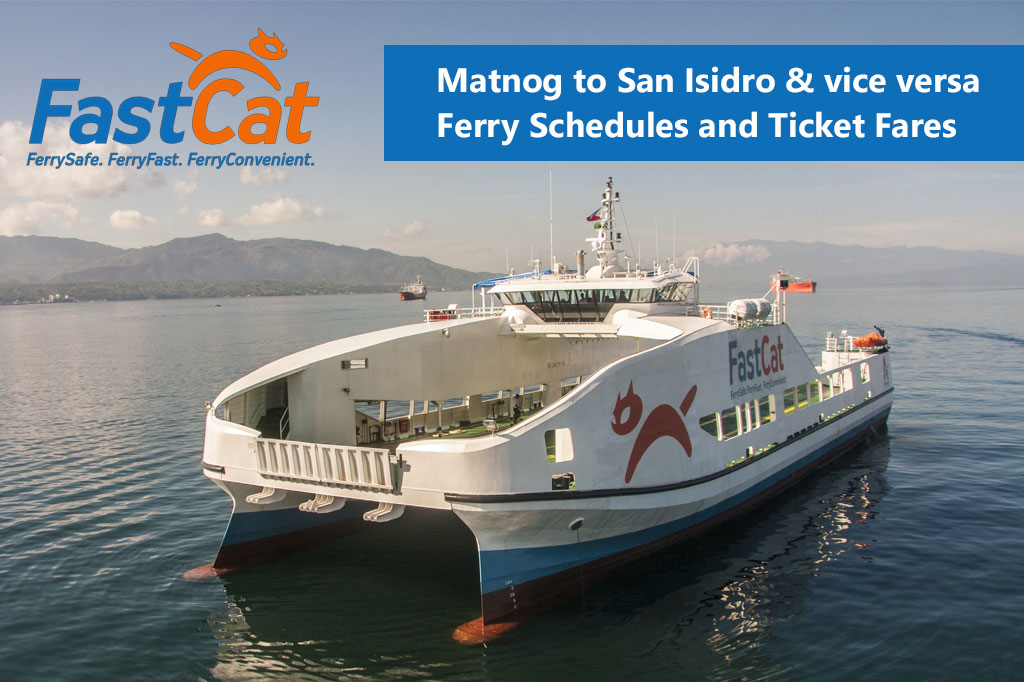 FastCat has daily trips from Matnog to San Isidro and vice versa. The ports for this route are the Matnog Port in Sorsogon and the San Isidro Port in Northern Samar.

The estimated ferry travel time between Matnog and San Isidro on FastCat is 1 hour and 30 minutes.

The fare rates vary depending on the accommodation you choose. As of the moment, there are three accommodations passengers can choose from for the Matnog-San Isidro route and these are the Economy, Premium Economy, and Business class.

The Premium Economy and the Business class are air-conditioned, while the Economy class is located at the top area of the ship and is open-air.

These are the freight rates by FastCat for vehicles for the Matnog-San Isidro route.

You can book your tickets with FastCat either through their official website or through 3rd-party affiliates. You could also purchase tickets for a future trip by heading to any of their ticketing offices or outlets.

The company has provided different contact numbers which you can use to get in touch with their offices at the different ports.

FastCat is a new but famous ferry company in the Philippines. Unlike their other competitors, their boats travel almost as fast as a traditional fast craft but can transport both passengers and vehicles. What makes FastCat stand out is not only because of its speed but also of their ships’ fresh & unique design. Their destinations include Batangas, Calapan, Bulalacao, Caticlan, Iloilo, Bacolod, Dumaguete, Dapitan, San Carlos, Toledo, Cebu, Tubigon, Matnog, San Isidro, Dapdap, Liloan, and Lipata.

For the full list of ferry trips offered by FastCat, check out the FastCat page.