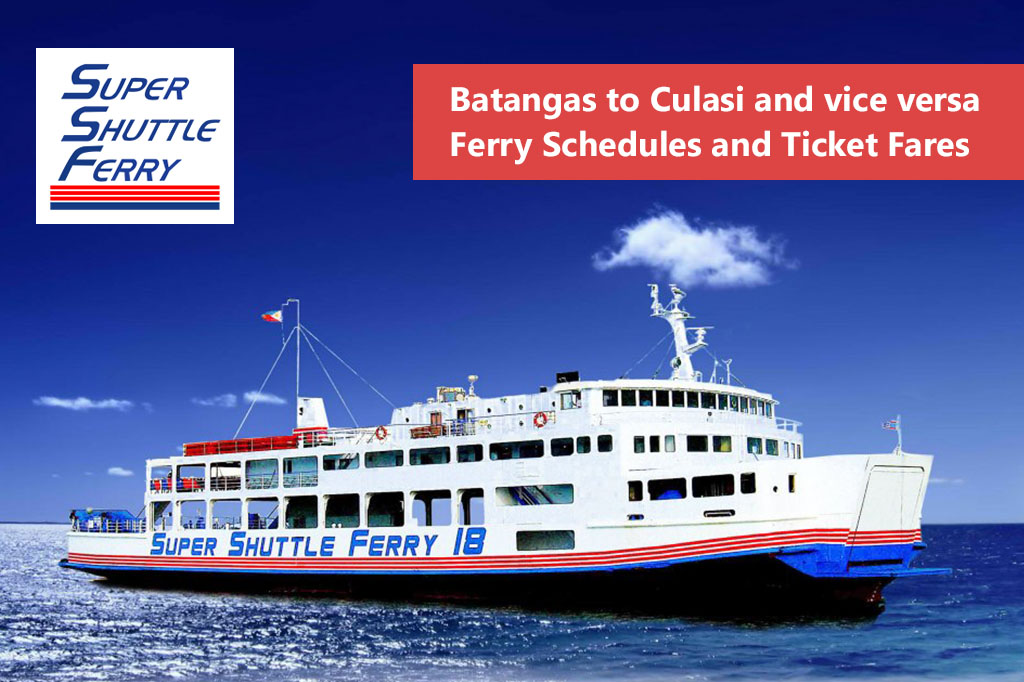 Super Shuttle Ferry has trips weekly from Batangas to Culasi and vice versa. The ports for this route are the Batangas City Port and the Culasi Port in Roxas City, Capiz.

The estimated ferry travel time between Batangas and Culasi for Super Shuttle Ferry is 17 hours.

The Economy Class cost ₱1000 while the Tourist Class cost ₱1200.00. Students, senior citizens, and PWDs can avail of a fare discount as long as they can provide a valid I.D.

For bookings and reservations, you can visit the official website of Super Shuttle Ferry at supershuttleroro.com or through their ticketing affiliate Barkota.

If you have any inquiries about the trip, feel free to use the contact numbers provided by Super Shuttle. There are two sets of phone numbers, one set is for their passenger boats while the second set is for their cargo-only ships.

Super Shuttle Ferry offers both passenger and cargo-only ships. They have trips all around the Philippines which include destinations such as Balbagon, Batangas, Bogo, Calapan, Caticlan, Culasi, Dapitan, Dumaguete, Hagnaya, Jagna, Palompon, Roxas, and Santa Fe of Bantayan Island.